On May 10, the President of the Italian Republic, Sergio Mattarella, visited the headquarters of INVAP S.E. in San Carlos de Bariloche and signed two important agreements as regards science.

At his arrival, the President was welcomed by a delegation that included the Governor of the Province of Río Negro, Mr. Alberto Weretilneck; the Italian Ambassador in Argentina, Dr. Teresa Castaldo; the Minister of Science, Technology and Productive Innovation, Dr. Lino Barañao; the Ambassador of the Argentine Republic in Italy, Tomás Ferrari; the Executive and Technical Director of the National Space Activities Commission (CONAE, in Spanish), Dr. Conrado Varotto; the President of the National Commission of Atomic Energy (CNEA, in Spanish), Lic. Osvaldo Calzetta Larrieu; the Vice President of CNEA, Dr. Alberto Lamagna; the President of the National Scientific and Technical Research Council (CONICET, in Spanish), Dr. Alejandro Cecatto; and the Director of the CONICET of the North Patagonia Scientific and Technical Center, Dr. Victor Enrique Cussac. Members of the Province of Río Negro legislature; the Mayor of San Carlos de Bariloche, Eng. Gustavo Gennuso; and members of the Municipal Council were also present.

Firstly, the presidential delegation visited the Satellite Integration Building (EISA, in Spanish). Particularly, in the Clean Room for satellite integration, the delegation could observe the works carried out on the SAOCOM series 1A and 1B satellites, developed by INVAP for the CONAE in collaboration with ASI, which will be part of the Italian-Argentine System of Satellites for Emergency Management (SIASGE, in Spanish). These satellites will complement the Italian constellation COSMO-SkyMed with the aim of improving the SIASGE. They also toured the satellite testing facilities jointly created by INVAP and ARSAT S.A. (Argentine Company for Satellite Solutions) after their association under the name of CEATSA S.A.

Once the tour was over, the President together with important officials and businessmen of the sector met with Argentine and Italian scientists and technicians with the aim of providing a brief description of the main scientific and technological cooperation projects in the satellite and astroparticle physics field.

Then, two scientific cooperation agreements were signed between Argentina and Italy:

Finally, the Minister Barañao was awarded “Cavaliere dell´Ordine al Merito della Repubblica Italiana” by President Mattarella for his contribution to the bilateral cooperation as regards science and technology. 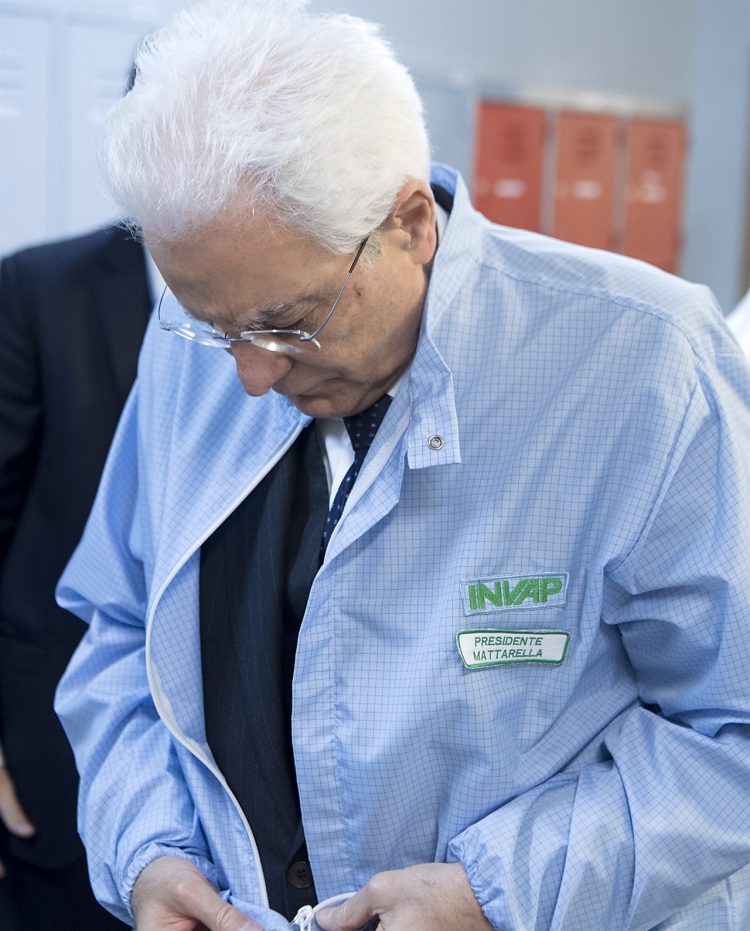 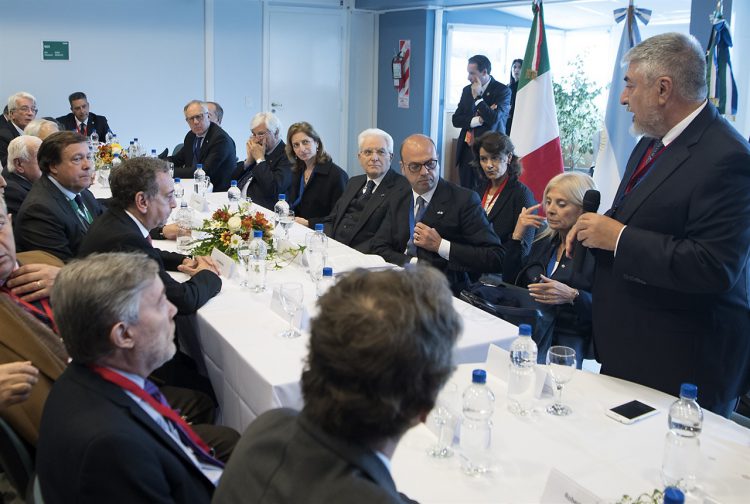 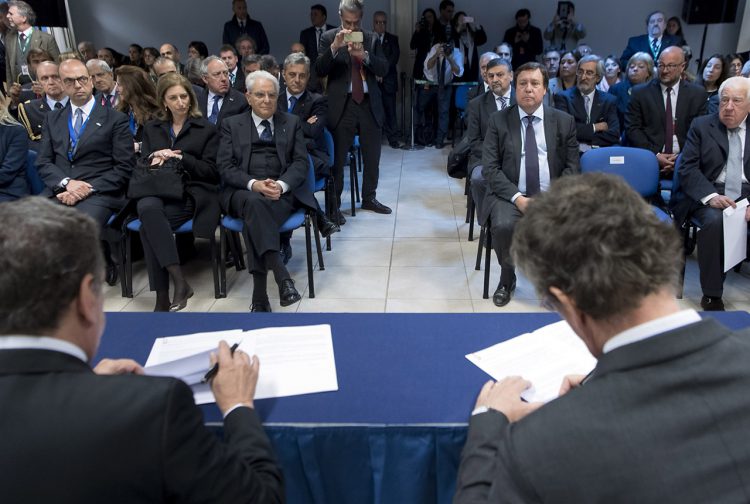 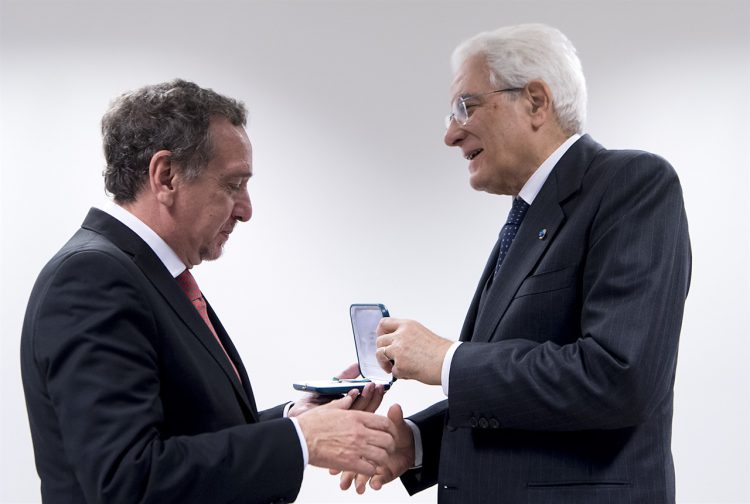 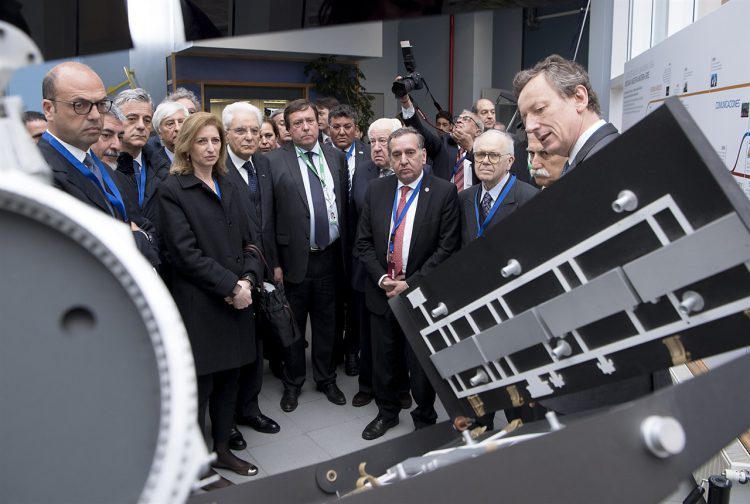 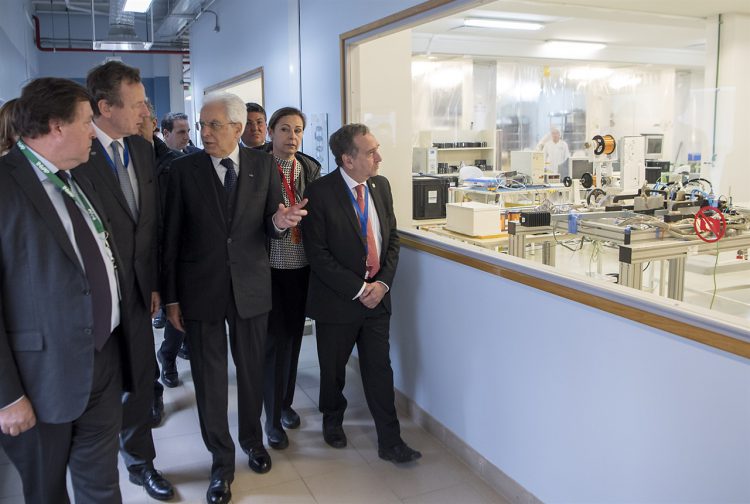